The multi-talented hip hop recording artist and entrepreneur Cnoteshce recently announced a string of new Travel Gang singles headed to all streaming services in June!! First up is the rap/trap bar for bar banger entitled The Trap Is A Trap!! This one is a real slapper filled with alternating flows that switch with witty word […]

Travel Gang – The Trap Is A Trap (Official Video) — Phenatic

Would you risk it all to protect the lives of the people you love>? If so this one is for you!

Travel Gang Pioneer Cnoteshce dropped another banger for this hectic month of March 2020! Love Me Like is available now on all streaming services!! If you are not familiar with Cnoteshce or the infamous Travel Gang collective, feel free to browse their growing discography of music Here on Spotify! Support The Independent Music Industry! Save…

via New Single Cnoteshce Love Me Like You Love The Money Is Available Now! — Phenatic

Travel Gang’s 3rd official album “Wish You The Best” is a full length offering of creative independent expression on fire!! Mr Malcolm, Cnoteshce, & Devin deliver the heat on these top notch certified bangers with ease and perfection.  On album’s title track “Wish You The Best”,  Mr Malcolm and Cnoteshce trade bars in a zone where classic hip hop charisma meets the new wave!!  Travel Gang’s first lady Devin also delivers a smooth R&B serenade to seal this priceless gem  …. but don’t get too comfortable in the smooth zone… The hit song “Breaking The Record” ft Mook, pretty much sets the pace for the rest of the album.  A modern day myriad of flames!! There are literally so many hype songs on this album… Check out the official music videos for “Enuff” (filmed in the desert with a dope ass camera crew for Travel Gang TV) and “Gettin Money” (directed by J Angel Visuals) also peep these included tracks “Blow Her Mind”, “Akon”, & “YNT” ,  just to mention a few more that will definitely get you lit!! We also added a special bonus track “We Up” featuring IMarvel. Listen for yourself, share and support!! This is the new drip!! (via – mytruthcamp.com)

Hey friends, fans, family and newcomers alike, Travel Gang just dropped an awesome project full of all types of relationship songs!!! Relationship Goals is available now on Apple Music, Spotify, Tidal  & more!! This release is a special collectors edition of relationship mood music (goals, woes & struggles) from the Travel Gang camp!! If You’re looking for some of the hottest R&B, Pop & Hip Hop heat to match your ever-changing relationship vibes, look no further, Relationship Goals has you covered!! Please share and visit mytruthcamp.com to sign up for the official exclusive Travel Gang mailing list and stay up to date with all things Travel Gang related!! The 3rd full album project entitled Wish You The Best, is also on the way, so stay tuned and as always thank you for your continued support!! – Gang

In a recent freestyle exclusive interview with The Rap Tablets, Cnoteshce revealed why Nobodies Safe!! He also dropped a quick freestyle track for the trolls!! Smoke Mine is Lit!! The sophomore Travel Gang album is on the way. It’s fire & flames for everybody!! So Stay tuned for the drop!! #OnDaGang

The infamous Travel Gang squad is back at it again and set to release their 2nd album later this year! Stay tuned it’s coming soon! The surprise first single is a Rap & Hip Hop Soul, smooth and catchy speaker knocker entitled Wish You The Best. It’s a real laid back banger!! Enjoy~ via The Rap Tablets

What’s up Travel Gang fans!! Cnoteshce will be performing live and in person at Art Share L.A in Los Angeles, CA on Fri, September 28, 2018!! Presented by PMG (Phillips Music Group) and featuring musical artist from around the globe, this event will have something for everyone…. food, vendors, live entertainment, a live band along with DJ SoCal @djsocalifornia on the wheelz to keep the party fiyah!  There will also be select  A&R representation in the house checking out all of the fresh new talent and musical movements of all genres, including Pop, R&B, Reggae, Hip Hop, ect… You don’t want to miss this event!! Tickets are on sale now via eventbrite! Get yours HERE and be sure to stay up to date with all of the latest news and info by way of PMG’s @lindoncody and Travel Gang’s very own founding member @Cnoteche on instagram!! Come catch a vibe, It’s gonna be lit!! TRAVEL GANG~ 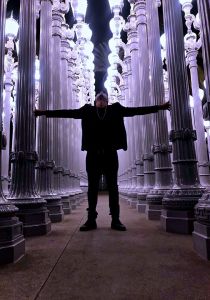 Cnoteshce released some stunning cinematic black & white visuals to his latest single entitled Depression from the album 7 Available Now on Spotify and all streaming services. The video captures the contrast in the scenery of luxuary, “so how could you tell” overlaid by the subtlety of the hook “what’s wrong from right, i got nothing”… Depression… 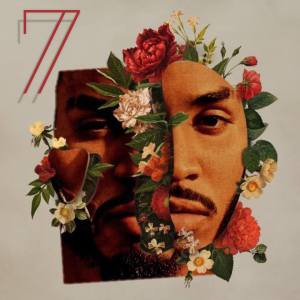 Circulating through the web with a weight of 19 songs strong, Cnoteshce’s debut album entitled 7 is available now on all digital streaming services!! Standing firmly in the substance of what dreams are made of,  this solid offering of rhymes and vibes is right on course for the heavyweight division of rap (the people who have staying power). The intro is intriguing and packs a powerful punch… Opposing forces manifest through the duality of a being. Thriving through a variety of natures, this collection of work is an embodiment of the type of art which is expressed through balance. There’s something for everybody. The title track is lyrical, playful and deep at the same time….everything is 7… and then comes the thought provoking Judge Me, as the 2nd track on the album, it’s strategically placed for those who can relate as well as those who cast the first stone. The album accelerates from there, rapidly moving into some hard sh*t with Real Don’t Die and Do Da Wop. Next up, Cnoteshce cleverly rocks the hook of Time on a blazing Johny Rocketz beat and then breaks it all down with Clarity, the R&B/Pop driven ode to lost love…. Then comes the breakthrough by way of Kanye and Depression all nestled in the heart of Hip Hop and Hip Hop Soul respectively. At this point, it’s a pretty jam packed offering of versatility to say the least and we’re barely at the halfway mark! Not to mention, there’s a plethora of tracks for the ladies like Work Of Art and Real One, a Mo Fire afrobeat style dance track, plus a Colorado anthem in CO vs Everybody, an explicit banger called Buss It, a next level revolutionary Ali track, a thundering Supreme Trackz produced finale called Awoke and so much more in between…Cnoteshce has found the key to the duality of artistry and everyday life in 7. This fresh young talent is definitely a top contender with two more albums on the way this year!! Stay tuned for release dates and follow @Cnoteshce on Instagram, Facebook and Twitter. Enjoy~ and Go Stream Now!!  Via @TheRapTablets www.TheRapTablets.com